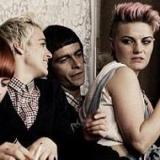 Set three years later, the television serial follows the same characters as the movie, including the unforgettable ‘Shaun’ as played by Thomas Turgoose.

Shane has once again used the music of Ludovico Einaudi throughout the four-part series.

The first episode airs on 7 September at 10pm on Channel 4. Full details can be found here.