We are exhibiting at The China Music Show

We are exhibiting at The China Music Show

This is our seventh year exhibiting at the China Show and what a difference a few years makes in China. 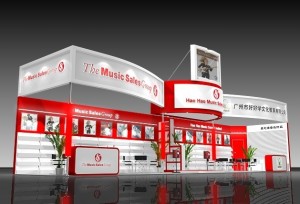 Music Sales first exhibited as almost the only foreign publisher in 2004 and now we have been joined by dozens of publishers from around the world.

In 2008,  we entered into a joint venture with Hao Hao Music located in  Guangzhou, and this partnership has produced over 150 translated Chinese titles including translated books from Mel Bay as well as three pop books featuring the famous pianist Richard Clayderman.

The Music Sales/Hao Hao list now includes books on How To Play almost every instrument and  Mel Bay’s renowned ‘Guitar Method’…..all in Chinese.

At the same time both Music Sales and Hao Hao will be exhibiting titles from their general list published in English by Music Sales UK and USA.   Live music is being performed on the stage by local musicians playing from the books displayed on the stand.

Music Sales and Hao Hao have in three short years become a known brand in the Chinese market, and with their on going publishing plans firmly established, are set to produce even more titles in the future.